The Talent team was out in force last week supporting the startup sector, with Talent Founder, Richard Earl, and APAC CEO, Mark Nielsen, attending the launch of the NSW government’s $35 million initiative for a new co-working space set to open in 2018 in Sydney.

Announced by NSW Premier, Gladys Berejiklian, the new space will provide up to 2500 enterprises with desk space, including subsidised rents and fit-outs within the 17,000 square metre start up hub on York Street above Wynyard train station. Flagship tenants Fishburners, Tank Stream Labs, The Studio and Stone & Chalk, all established co-working spaces, will relocate or expand  into the new facility.

It’s an exciting time for the Sydney startup scene, with David Thodey, Jobs For NSW Chairman and former Chief of Telstra commenting, “the Sydney Startup Hub will be the largest of its kind in the Southern Hemisphere.”

Many entrepreneurs had previously mentioned that the city’s ecosystem is lacking a central space that allowed startups, venture capitalists, successful businesses and individuals acting as mentors or angel investors to come together, connect and exchange wisdom and expertise.

Talent strongly believes building a strong ecosystem that fosters innovation and disruption will lead to new enterprise creation and jobs of the future. Talent has solid relationships with both Tank Stream Labs and Stone & Chalk, regularly assisting their startups with recruiting the next wave of tech talent both here in Australia and globally.

Talent’s commitment to the startup sector is further emphasised by the ‘Talent First Fund’ which was a $1m fund set up to provide the startup sector with discounted, deferred recruitment and complimentary HR advisory services across our 15 global locations.

The announcement last week coincided with Talent presenting at both Tank Stream Labs and Stone & Chalk on the launch of the 2017 Talent Unleashed Awards. The Talent Unleashed Awards, created by Talent in 2013, is designed to recognise and reward brave ideas and bold leaders within the tech community who are unleashing technology in their workplace and community. With three categories focused on emerging entrepreneurs and startups, it’s another way Talent is committed to supporting this growth area of our economy. 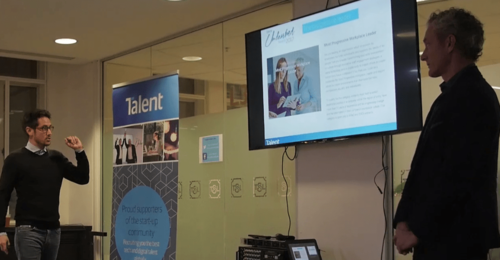 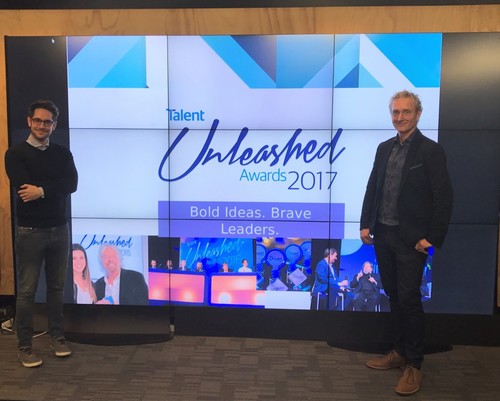